One year ago, at the Gipsy Hotel in Exeter, Kevin and Shirley were married. I cannot believe how quickly that year has gone by and also amazed at everything that’s happened to the planet since then.

They wanted a 1 year wedding anniversary photoshoot at the hotel but because of the lockdown, it wasn’t possible. Instead, I suggested the impressive Oldway Mansion in Paignton as the location for the shoot.

We met up precisely one year on and we went around the grounds, taking photos at different points. It was busy so I tried to position them in front of other people, or blurred out the background so nothing was a distraction.

Congratulations to you both!

This month a year ago Lauren and Phillip were married at the Hayloft at Cockington court in Torquay, Devon. I would like to wish them a very happy Anniversary!

If you’re looking for a wedding towards the end of this year or anytime next year, please book soon. It is going to be a very busy wedding session! 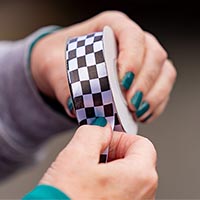 Well done Ollie, aged 5, on completing his epic achievement for Plymouth Hospitals Charity, running a Marathon, a mile each day and finishing his last mile on his 6th birthday! I was asked to photograph the event so let’s dive in…