Deadpool, A.K.A Sean, asked if I could collaborate on a photo shoot. I photographed Spiderman at my home studio just a couple of days before the lockdown. Sean was really keen to have his own session but we had to wait until the restrictions had started easing up. We met at the car park next to the Penn Inn roundabout and we shot in and around the tunnels under the roundabout.

The area was popular with cyclists, some tearing through the tunnels at max speed so for the most part we kept to one side and shot in the middle only when necessary for composition.

Deadpool brought a smile to several smaller faces, as well as some mid teen faces. He sure was popular with everyone coming through 🙂

I had with me my AD600 Pro and a parabolic softbox so I could light Sean even in harsh sunlight. I mostly used the 85mm 1.4 and a few from the 24-70mm 2.8. These lenses allowed me to keep 2-10 metres away from Sean for the entire shoot.

If you’d like your own photos, please get in touch. 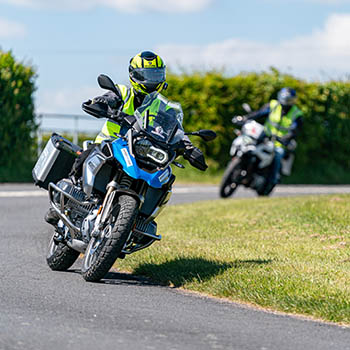 MTS Rider training needed to promote that they were back open for business and the steps they have taken for COVID-19, to both protect themselves and their trainees…